In 2010, everything changed. According to an article about the issue in the journal Addiction, researchers discovered that people could become addicted to things that weren’t considered illegal. As these so-called process addictions progressed, people might not break the law to keep their addictions alive, but researchers felt that these conditions were so serious that they needed treatment. And they amended the manual they use to define an addiction so they could give the people the help they needed. 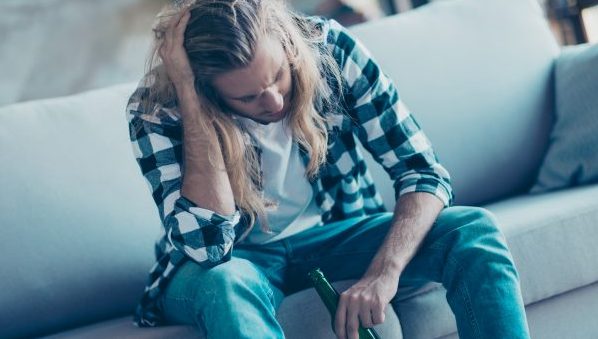 Addictions to drugs and addictions to processes are very similar, according to an article in the International Journal of Preventive Medicine. Both start with chemical changes deep inside the brain.

Brain cells are primed to produce euphoric substances when something wonderful happens, and a separate set of brain cells is designed to respond when that wonderful trigger appears. It’s the work of these cells that’s responsible for the flood of pleasant feelings that takes hold when a person smells a baking pie or hears a baby laugh. The chemical signals are hard at work to ensure that a person is able to recognize that something great is happening.

That same set of signals can stand behind drug abuse, as addictive drugs tend to cause unnatural spikes in the production or uptake of chemical signals of pleasure. But this same process can take hold in people who engage in certain types of activities.

In an article in the Journal of Psychoactive Drugs, researchers report that these types of activities are commonly associated with process addictions:

Other researchers have suggested that playing video games could also be troublesome, as could spending time in online chat rooms or on social media sites.

Any or all of these acts could cause a spike in pleasure chemicals in the brain. A person who has a big win at a gambling table, for example, might feel a flood of pleasure that’s both unexpected and hard to ignore. A sex act might cause that same spike. Finding a great deal while shopping could be similarly rewarding.

These escalations come about because the pleasure cells in the brain fade out due to overuse. They’re not accustomed to being flooded, day in and day out, and when they are, they stop working well. Sometimes people find that they feel depressed or low when they’re not engaging in the acts they’re addicted to. At that point, their brain cells are so damaged that they can only feel pleasure when they have access to the acts. That’s the point at which acting becomes compulsive, and that’s the point at which experts suggest an addiction is in play.

While the chemical damage process addictions can do is severe, since it can lead to compulsive acts a person’s rational mind might never agree to, some people augment the damage by adding drugs, alcohol, or both to the mix.

Similarly, some people mix sex with drugs. Specific drugs can reduce a sense of apprehension and fear that can lead to a reduction in the ability to have sex. That could make escalating a sex behavior to keep a sex addiction going a little easier to accomplish.

People might also use drugs while playing online games. Hallucinogenic drugs might make the games seem a little more real, which could help make the rush of the game a little easier to experience. And other drugs can make people a little more aggressive, so they’re more likely to win in a video game and feel the rush.

The reasons that people mix substances and processes can vary dramatically. For example, in a study of 158 gamblers in the journal Psychology of Addictive Behaviors, researchers found that people who gambled in order to cope with the stress of life were more likely to abuse alcohol than gamblers who used gaming to help boost a low mood. Not everyone who has an addiction has the same tendencies and thought patterns, as this research makes clear.

But often, the way people think plays a big role in their decision to abuse substances in concert with addictive behaviors.

In a study of 246 college students, published in the journal Personality and Individual Differences, researchers found that a sense of urgency was common among people who engage in gambling, binge eating, drinking, or all three together. People like this simply act, often without thinking about the consequences of the choices they’re making, and they’re left with consequences they simply didn’t plan for. The rashness, and the inability to plan for something bad, is what makes these people behave in the way they do.

Researchers writing in the journal Psychopharmacology say that ongoing drug abuse and continual damaging acts tend to make impulsive people yet more impulsive. The brain damage caused by the flood of pleasurable chemicals makes people even less likely to regulate their behaviors, so they’re more likely to do things that harm them, even if they don’t want to do so. The brain centers that help to control behavior are simply broken when years of addiction are in play. 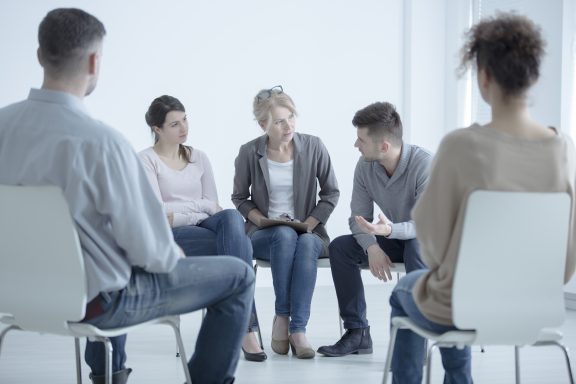 According to the American Society of Addiction Medicine, the goals of addiction therapy include:

In other words, addiction therapies are aimed at helping people to understand their addictions at a deep level, so they’ll be less likely to dip back into abuse and more likely to build up a life that holds no space for recurrent abuse.

Structured programs tend to attack an addiction problem on multiple fronts. People might use medications to help amend chemical imbalances that stand behind an addiction, and they might attend multiple therapy sessions that aim to educate and empower. The therapy work is designed to help people understand the risks that addictions hold, and therapists help their clients to build up skills so they can resist a return to the life they once knew.

Support group work also plays a role in many addiction treatment programs. It’s here that people begin to understand how others deal with the same problem, and it’s here that they get the support and understanding that can help them to stay sober in the long run.

An ideal treatment program for substance abuse and process addictions takes on a co-occurring conditions approach. That means the program is designed to provide help for both disorders at the same time. Unfortunately, that kind of care can be somewhat hard to find.

In a study of 37 counselors in The Professional Counselor, researchers found that the majority of them didn’t really know what process addictions were, and even fewer were certain of the right approach to use to treat these conditions. That’s not to say that they couldn’t have handled the treatment of these issues. It’s possible that many of them could have done a little study and found the answers quite easily. But it does seem to suggest that some people aren’t getting the kind of care that they should.

Enrolling in a program that specializes in co-occurring conditions could be an excellent idea. Here, the therapists are accustomed to pulling together therapies that are designed to handle multiple issues at the same time. Therapists could untangle the separate and equal triggers that drive people to engage in drug use, and they could determine if the same triggers push a need to engage in a behavior, or if there’s something altogether different happening. With this comprehensive care, a full recovery could be a reality.

Finding a program like this is clearly vital, and we’d like to help. Please call the number at the top of the page for more information on where programs like this are located, and what families should do to get the person they love enrolled in the right care at the right time. We’re available around the clock to help, so please call.