Behavioral signs involve a person’s outward relations with the world whereas physical signs relate to the body’s manifestation of side effects due to the presence of drugs in the system. Behavioral signs include but are not limited to:

Acquiring and using the drug become the main priorities of life while all or most other obligations including work, family, or school are sidelined.

Although the drug abuse is causing physical and mental distress to the individual and their loved ones, the person struggling with addiction continues using drugs or alcohol.

Even in the face of wanting to stop or reduce their drug use, the person cannot do so.

Denial of addiction or hiding drug use:

When confronted, the person battling addiction will deny or downplay their drug use. To avoid having to explain themselves to others, the person may do drugs in secret.

Drug abuse cannot remain hidden for long. Its impact is too dramatic, and the person using drugs can spiral out of control fast. Changes in behavior, neglecting responsibilities, exhausting financial resources, and engaging in criminal conduct are some of the most obvious signals of a drug problem. Family members, loved ones, and coworkers are usually in the best position to recognize a drug problem as they are familiar with the person’s behavior and habits.

Physical signs of addiction can manifest as side effects of use, during an overdose, or as a result of withdrawal. It may be very difficult for someone to pinpoint the cause of the physical signs, but severe effects will require immediate medical treatment. Also, it is important to understand that withdrawal symptoms arise when the body adjusts to the absence of familiar quantities of a drug. It is a natural process, but withdrawal can be dangerous.

General physical signs of addiction include but are not limited to:

Typical signs of an overdose may include but are not limited to:

According to the National Council on Alcoholism and Drug Dependence, withdrawal symptoms may include but are not limited to:

Drug abuse also impacts the person’s psychological state. When they’re in the grip of the addiction, the person might not realize or recognize these changes. The psychological signs of drug addiction may include but are not limited to:

Family members and loved ones are often key players in getting someone into rehab. Although there may be hindrances to lending help, such as denying the existence of the problem as a coping mechanism, witnessing the signs and symptoms of drug abuse will often motivate a concerned person to action. Also, when a person knows the particular drug of abuse, they can deepen their understanding of that drug and learn additional ways to help their loved one.

Many people who suspect heroin abuse in a loved one or colleague may not even know what this substance or its related paraphernalia look like. As the Foundation for a Drug-Free World explains, heroin is white in its pure form, but other substances are often cut into it and turn it rose gray, brown, or black.

Finding this substance, its residue, or heroin paraphernalia is a solid tip-off that heroin abuse is occurring. In addition, money and items of value may go missing, new people may hang around, and the person using the drug may all of a sudden have a portable lock box or other guarded container where the drugs and paraphernalia are kept.

In addition to the general behavioral, physical, and psychological signs discussed above, people using heroin may experience the following symptoms:

The use of drug lingo can also be a sign of abuse. For this reason, it is important to know heroin street names, which include:

Heroin is a highly addictive drug and an overdose can prove fatal. For this reason, signs of heroin addiction should be taken seriously, and measures should be taken to stage an intervention or otherwise convince a loved one to join a rehab program.

Cocaine is best known in its white powder form. Most often, this drug is snorted, smoked, or injected. As cocaine is a stimulant, one of its hallmarks is that its main effects wear off around 30 minutes to 2 hours after the last use. In addition to the general signs of drug abuse discussed above, cocaine has some specific side effects, including:

Cocaine users are apt to use street names for this drug. There are many slang names for cocaine, but some common ones include:

As Medical News Today discusses, cocaine is highly addictive and the strongest natural occurring stimulant in existence. Cocaine addiction is associated with dramatic personal losses; there are reports of professionals spending $20,000 to $50,000 on cocaine binges, parents selling their children, and people becoming unemployed, having to file bankruptcy, and ending up homeless. It is clear that cocaine use can spiral out of control. For this reason, the earlier the abuse is intercepted, the better.

Unfortunately, public perception of alcohol may be that since it is legal, it is not a drug, but it is, and a lethal one at that. The history of alcohol and the Prohibition (1919 – 1933) lay bare that this drug is legal mainly because of its popularity and commercial profitability, not because of its widespread acceptance. Even today, some Americans would support the efforts made in this time period, especially those who have firsthand experience with this illness.

Alcohol abuse and alcoholism are associated with physical symptoms such as weight loss, redness of the cheeks and nose, and gastritis (upset stomach). This illness also gives rise to many of the behavioral changes discussed earlier. However, there are additional negative experiences associated with alcohol abuse, including:

After drinking heavily, some people do not recall the events that took place while they were intoxicated.

Drunk driving and fighting are common negative behaviors associated with drinking and can lead to a criminal arrest.

This may involve drinking alone, in the morning, or for hours on end.

An alcoholic may be anxious and concerned that there will be limitations placed on how much alcohol is available in any given situation or period of time.

The high prevalence of alcohol abuse ensures that both the alcoholic and concerned individuals are not alone in dealing with this illness. In addition to rehab, there is exceptional support available for those affected by alcoholism, including individual counseling and Al-Anon meetings.

Benzodiazepines are a prescription medication used to treat anxiety, insomnia, seizures, alcohol withdrawal, and other conditions. These drugs are among the most highly prescribed in America. Benzodiazepines are mainly available in tablet or capsule form, though some are manufactured as injectable liquids and syrups. Short-term use is generally safe, but abuse can cause numerous complications.

There are many well-known brands of benzodiazepines, including Xanax, Diazepam, Valium, and Klonopin. These pharmaceuticals can be acquired in numerous ways. Some people have legitimate prescriptions but may have used deceptive means to get them from more than one doctor. Currently, doctors do not have the benefit of a national database that stores information on a client’s active prescriptions. The illegal circulation of benzodiazepines does not only happen on the street, it also happens when those holding a prescription (who may not have an abuse problem) share these drugs with others.

It is important to understand that even though benzodiazepines are legal, they may be used in a way that makes the use illegal. If a person is showing the signs of abuse, it is critical to get them help. 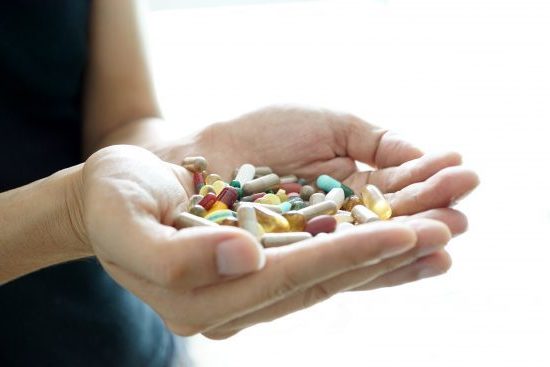 Depressants have some characteristic physical side effects. As benzodiazepines are included in this category and have been discussed above, some physical signs of depressant drug use include poor judgment, unsteady walking, and rapid involuntary eye movements.

Prescription painkiller abuse has reached the magnitude of an epidemic in America. These drugs are usually opioids, a synthetic or partially synthetic drug that resembles opium in its compound structure. Common pharmaceutical painkillers of abuse include Opana, OxyContin, Percocet, and Vicodin.

As CBS News reports, signs of prescription painkiller abuse include:

This sign goes beyond simply being tired. The person using drugs may have droopy eyes and appear drowsy, or fall asleep at all hours of the day.

This drug can impair thinking, and the constant focus on taking the drug can make it hard to meet usual obligations related to work, school, or family.

Some telltale signs include pinpoint pupils (even when the light is dim), flushed face and neck, head-nodding, unnatural calmness, slurred speech, and sudden itching of the arms, legs, and stomach.

Using slang terms or code-names for drugs can help keep the use hidden, as does staying away from loved ones.

Recognizing the signs of prescription drug abuse is not only for trained professionals. Family and friends are the first line of attack against an advancing drug problem. One of the best responses to witnessing the signs is to talk to a qualified counselor about how to get help.

Advanced Recovery Systems has over 30 years of treatment and referral experience. We have proven instrumental in the successful placement of our clients in expert rehab programs across our extensive network. We are here to help you or your loved one navigate the rehab process and get on track to a drug-free life. Call today to get started.