On March 5, Advanced Recovery Systems (ARS) and the International Association of Fire Fighters (IAFF) opened the doors of the IAFF Center of Excellence for Behavioral Health Treatment and Recovery.

This new 58-bed recovery and rehabilitation center in Upper Marlboro, Maryland, is the first of its kind. 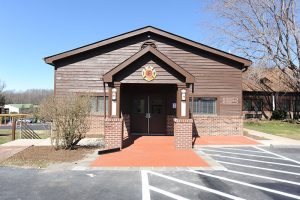 The IAFF Center of Excellence is the first behavioral health treatment center exclusively for firefighters.

Founded in 2013, ARS owns and operates seven addiction rehabilitation facilities, including an eating disorders center and sober living residential complex. Their focus on personalized treatment plans for every patient made the partnership with IAFF a natural fit.

The center is specifically designed for and intended to treat only firefighters and EMTs suffering from post-traumatic stress disorder (PTSD) and co-occurring depression, anxiety and addiction. Co-occurring disorders will be the center’s main emphasis.

“This will be a place where we’ll send [firefighters] home with a treatment protocol and follow up and care for them so they really can heal,” said Harold A. Schaitberger, general president of the IAFF, who cut the ribbon on the new facility alongside ARS chairman Lewis Gold.

One in five firefighters suffers from PTSD, which stems from exposure to traumatic situations on the job. Firefighters are twice as likely as the general population to have PTSD.

The IAFF Center of Excellence is the product of a partnership between IAFF and Advanced Recovery Systems.

“We know that if we have those numbers, we need to do something about it,” said Patrick Morrison, assistant to the IAFF general president, in an interview at the opening. “This center is the way that we’re going to approach that, to make sure they get the care that they need.”

The 15-acre campus, just 30 minutes from Washington, D.C., was designed to resemble a fire house and features characteristics that link it to the fire station’s culture and set-up.

The reaction from the firefighters who attended the opening was positive. The IAFF Center of Excellence was designed to make firefighters feel like they’re at home.

One state service representative, Jen Stuhlman, remarked, “[The center] has a bit of a bunk hall, firehouse mentality. This has done a great job of bringing home here, so that when we’re here, we can focus on the recovery.”

The connection between addiction rehabilitation and firefighters union promises to be a fruitful one with the opening of the IAFF Center of Excellence. Carlton Jones, President of Local 753 said, “What I’m most impressed by so far is the connection the two professions have made.”

Several years ago, the IAFF made PTSD and behavioral health issues a major concentration in their union outreach to members and has greatly increased awareness and support of union members who struggle with substance use disorders and PTSD through education. The IAFF Center of Excellence is the next step in this effort.

“We are constantly looking for ways to help our members and this facility in Maryland is the answer,” said Jones.